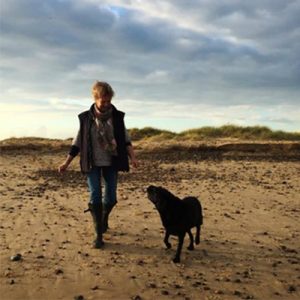 Rudolphine Guyton, originally from The Netherlands and moved to England over 20 years ago. All my life I have been drawing and painting. At the age of ten I started my first Art-lessons of figure and portraiture, where through the life drawing classes I improved my drawing and observational skills. My Tutor,  Jhr C Graswinckel, (1906- 1990) a well-known artist in the Netherlands and a honourable member of the Zwolse Art association “Het Palet”.

By the age of twelve I had joined “Het Palet” in Zwolle (Netherlands), an association that represents a large group of artists of professional level where, whether or not vocationally, various disciplines of the Visual arts are expressed.

With the wish to develop my artistic knowledge I studied at the Royal Academy of Art, The Hague, Netherlands where I chose to focus on the study of fine Art.

Now 20 years later I live in Denton, a small village in South Norfolk. Having moved to the countryside my artwork has been inspired by the nature and my artistic focus now over the past twenty years has fallen into areas of wildlife and animals in their natural habitats as well as animal portraiture. Living within a farming community, painting farm Animals is a must, paintings of sheep, cows, pigs and other farm animals are a popular subject of my work, animal paintings of chickens, ducks and geese, hares, wild animals and working animals are a speciality but perhaps the most frequently featured animal in my paintings is the colourful cockerel.

I first discovered my love for painting murals when my four year old daughter was diagnosed with Acute Lymphoblastic Leukaemia in 1998. Determined that I wouldn’t spend my time staring at the blank walls of my daughters’ hospital bedroom, I decided to paint a giant wall mural of her favourite film characters, Madam Mim, Merlin the Magician and his pet owl Archimedes from The Sword In The Stone. With each hospital stay that followed came a new room and gradually I painted large and colourful wall murals from popular films and cartoons all over the walls of the children’s ward at the former Norfolk & Norwich Hospital in St Stephen’s Street, Norwich.